How do you create a pure art place where everything lands? Zen lessons in creativity, purity and process from Rick Rubin and Richard Linklater… plus a little celebration of Clueless.

I love a wee bit of coincidence and serendipity. By chance, this past week I learnt about the approaches to creativity and expression of two gents that I find hugely inspirational. I was amazed to realise that while their work is exceedingly different, there is a remarkable extent of crossover in their methods.

The gents in question are music producer Rick Rubin and filmmaker Richard Linklater. I have blogged before about my admiration for each (Rubin in Travel light; Linklater in The infinity of your youth).

I am surprised I never realised before the almost uncanny coincidences that stack up in their respective habits, characters and working methods. Both are confirmed practitioners of meditation. Each is (possibly) Buddhist. Neither exactly appears to break a sweat while working. Yet each somehow helps artists achieve their best by using the lightest touch to create the perfect working environment. And let us not overlook that both gents are named Richard.

How they approach their work and their life is inspirational to me. Without appearing on the surface to be doing anything, both Rubin and Linklater create a pure art place where everything lands. Where the reward is in the doing.

Rick Rubin. Astonishing productivity. Astonishing hit rate. In his epic podcast interview with Rubin, Peter Attia MD notes that it’s easier to list the musicians that Rubin hasn’t worked with. He notes that time and again, Rubin has helped artists look deep within themselves to produce work that achieves the perfect Venn diagram overlap. Work that is simultaneously: their most personal; their best; and their most commercially successful. Rubin tells Attia that any commercial success is a by-product of his process. Commercial success “happens more through the purity of it instead of aiming at it”.

Attia summarises Rubin’s working method as “disarm [the artist] enough to do their best work creatively”. He argues that Rubin’s role is “not about making music as much as it is about curating a person’s soul and helping them express this”. He asks how Rubin has created a place that “fosters both business and art optimally”. Rubin replies:

“My feeling has always been that if you get the art right, the commerce side of it works itself out. So maybe in that I can help an artist to refocus, to just pay attention to the art instead of overthinking what comes next and what other people are going to say about it, or what their manager’s gonna think or what the label’s gonna think, or what the radio station might think or what’s gonna be the first single or any of those thoughts, which tend to lower the vibration of the entire project. So we try to get to this pure art place. And in doing so, it benefits them in all areas. But there’s very little thought of the business side.”

I love this idea. This pure art place that benefits them in all areas. 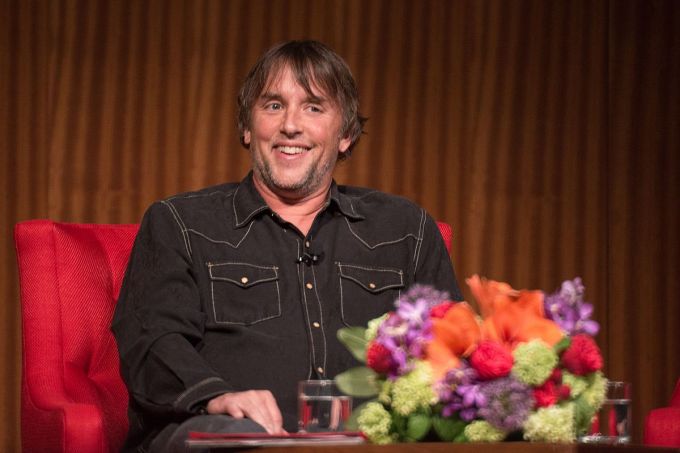 Richard Linklater’s Dazed and Confused is many films at once. Here’s my view of one of the films that it is.

Dazed and Confused has an incredible depth and poetry for a film that on its surface could be perceived (and enjoyed) as a light stoner comedy. The cast of mostly young and inexperienced actors make their characters truly live. These characters are high school kids, impossibly excited to have hit the last day of high school in 1976. The cliques of high school kids are a microcosm of society. Linklater somehow creates the feeling that these cliques are orbiting around, bumping into and interacting with one another in a natural, organic way. As is also the case with the 1990s meisterwerk Clueless, the camera could at any point wander off from the events in the foreground of the shot, and pick up an equally interesting tale featuring the characters wandering past in the background.**

Linklater somehow allows his inexperienced cast to create magic. He has done this time and again in his other films. Daniel Dylan Wray writes of Linklater’s on-set behaviour:

“Linklater has a seemingly dichotomous personality, coming across as easy going to the point of almost appearing lackadaisical. ‘He’s so Buddhist he doesn’t even know he’s Buddhist,’ is how one acquaintance describes him. And yet he so believes in the work that he will fight tooth and nail to see projects through to completion, regardless of whether they turn out to be award-winners or theatre-clearers.”

Dazed and Confused features debut or very early performances from a host of actors who would go on to significantly greater fame. These include Ben Affleck, Milla Jovovich, Renée Zellweger (a blink-and-you’ll-miss-it performance, admittedly) and Matthew McConaughey. The latter gives an arguably career-best performance* as the reprehensible yet charming Wooderson.

In the Richard Linklater documentary 21 Years, McConaughey talks about how the director created a relaxed and permissive atmosphere to help these inexperienced actors give their best:

“I don’t think I’ve ever heard him say no to anybody as a director. That’s that Buddhist quality of Rick. ‘Uh, yeah.’ Everything lands. ‘Yeah. Yeah. Yeah. Let’s try it. Wanna shoot it?’ You know? So he puts the ownership on you as an actor immediately. And whether you’re ready for it or not, it’s done in a way that you don’t feel like you’re carrying a heavy load. I remember a thing he did on Dazed. He gave every character cassettes. He said: ‘This is kind of a soundtrack. I think you’re gonna be listening to this. That’s beautiful as an actor, because it’s not telling ’em what to do. It’s putting them in a world, aurally. It’s what you hear, how you feel, how the director sees it, and it’s up to your interpretation.”

I love this approach. Giving people ownership immediately, yet without the feeling that they are carrying a heavy load.

The reward is in the doing

While Linklater might be the Zen master on set, this is not to suggest that his working life is ever plain sailing. In an excellent career retrospective interview with the Directors Guild of America, Linklater speaks of his tense run-ins with Universal during the making of  Everybody Wants Some!! (his “spiritual successor” to Dazed and Confused):

“I had to come to my conclusions really quick, and the thing I came to serves me to this day. I learned not to expect anything. Some things you can control and some you can’t. And you’re not going to get it all. When it doesn’t do as well as it could have, don’t let that affect you. You have to find the process, and the reward is in the doing as long as I gave it everything I got.”

I love these words. You have to find the process. The reward is in the doing.

Whether consciously or otherwise, Linklater is here also almost quoting the “while I was stuck in this place” monologue from the closing sequence of Dazed and Confused. This sequence also gives Matthew McConaughey’s character Wooderson the chance to set out his almost Zen-like code for dealing with this world:

“Let me tell you this: The older you do get, the more rules they’re gonna try to get you to follow.Just keep livin, man. L-I-V-I-N.”

The wonderful Clueless (which I wrote about briefly in the post above) has turned 25 this week! I learnt about this via a tweet from the excellent @BittrScrptReadr that I came across this morning. A Twitter user named @silkyd67 replied to @BittrScrptReadr‘s post that they worked as AD on Clueless. I was bowled over to see this exchange, and chimed in with some words of praise:

“One thing I love about Clueless is how fully realised its little world is. You get the sense that the camera could just wander away at any point to concentrate on the lives of any other group of characters in the background, and it would be equally fascinating!”

I was delighted to receive the following response from @silkyd67, confirming that this world building was an entirely deliberate strategy from Amy Heckerling, the director of Clueless:

“Truth. Amy did not want anyone to be able to pause on a frame and see the filmmaking. The world went deep and beyond the glossy close ups of Cher.”

Thank you, Amy Heckerling and thank you @silkyd67 for your work on that wonderful film. Now, gentle reader, I would urge you either to watch or rewatch Clueless forthwith!

* Here’s a little about Linklater’s collaboration with Matthew McConaughey on Dazed and Confused, from a PBS American Masters documentary.

** This is exactly the storytelling approach of Linklater’s early film Slacker.