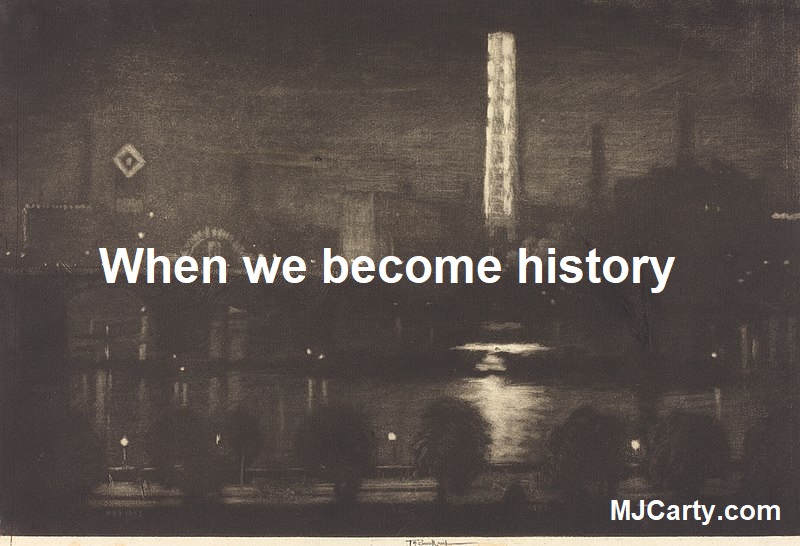 When we become history, what will our story be? Some thoughts on time and change, inspired by the all-encompassing, endlessly renewing wonder that is London.

London never stands still. London never stops changing. Everything always begins again. This is but one of an infinity of reasons why you’re more likely to tire of life than to tire of London.

Everyone has their own London 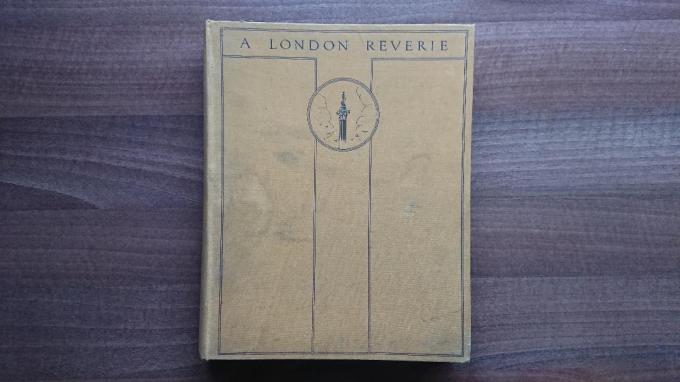 “Every Londoner born, every provincial who comes to live in London, has his own London.”

This is JC Squire, writing in the 1928 book A London Reverie. My wife gave me a copy for Christmas. It is a beautiful and transporting reminder of the city we both love (and both currently miss like crazy). The book is a fascinating time capsule. In fact, it’s a time capsule within another time capsule. The meat of the book is a selection of 56 beautiful pictures of Edwardian London, all drawn, painted or sketched by Joseph Pennell between roughly 1900 and 1910. Pennell’s art captures a long-lost moment in time: London as it was in the years immediately prior to World War One. By the time that Squire wrote his text in the 1920s (now almost a century ago), Pennell’s London had disappeared. Squire was aware that his own London was fast disappearing, too.

I love Squire’s idea that everyone has their own London. I have mine. I have loved London for decades. But the enforced halting of regular life due to the pandemic has meant that I have not set foot there since my last birthday (rapidly approaching a full 12 months ago). I cannot wait to be able to return there.

I miss London so. Since lockdown began, my wife and I have fallen down a YouTube rabbit hole of videos exploring the minutiae of London street life. These videos offer a brief window into another world, sometimes a brief escape into the past. A little insight into someone else’s London.

We started with old British newsreel films and amateur footage of London from yesteryear. Even simple film of, say, 1970s Oxford Street traffic and pedestrians holds a remarkable fascination, both as historical document and as reminder that everyday life at its most apparently mundane should never be taken for granted. The ease with which people walk freely and socialise in the 1968 home movie of a day trip to Soho and Carnaby Street on Mackenzie Rough’s YouTube channel seems impossibly luxurious and remote.

Ambling through this London-centric video odyssey, we have slowly but surely found our way to a perfect little YouTube niche: the conversational tour of London’s streets. There are a number of great channels doing this. For example, Alexei Sayle’s recently launched Lockdown Bike Ride series (which I happened upon via a mention in Sayle’s recent appearance on Richard Herring’s podcast*) is just delicious viewing.

Perhaps the loveliest example of this micro-genre that we’ve found so far is the YouTube channel of John Rogers.** He is such a friendly, enthusiastic and endlessly curious and informative presence. His channel – which gifts the viewer the privilege to accompany him on often epic strolls through and around London – already feels like an old friend. His videos are somehow simultaneously restful and invigorating.

John Rogers always provides an optimistic and cheerful street-level perspective on changing London, capturing the history and the essential spirit and character of each place he visits. A perfect example is his January 2021 video from a walk tracing the River Lea from Hackney to the Thames. At the end of the walk, he says:

“Here we are at journey’s end, where the sacred River Lea meets the Thames. A really special, magical location. From here the River Lea will make its way along the Thames and out to sea. It’s been such a magical walk, the perfect walk for such a cold and frosty January day.”

John Rogers is not the first person to find fascination at the point where the Lea meets the Thames. The above page from A London Reverie shows Pennell depiction of this same location as it appeared to him in the first decade of the 20th Century.*** It is of course very different from the 2021 Lea in Mr Rogers’s video.

Squire’s text for A London Reverie considers the passage of time and the endless change that shapes and defines London. Squire was unimpressed with how London had reinvented itself since Pennell’s time. Much of the new architecture springing up in 1920s London was revolting to him. But he also recognised that perceptions of even these new additions to London would change over time. Squire says:

“Time does wonders, and whatever passes is the subject of curiosity and affection when it has passed. If we take a long enough view, the vilest building assumes the pathos of transience; Harrod’s cometh up as a flower, and Victoria Street withereth as the grass.” 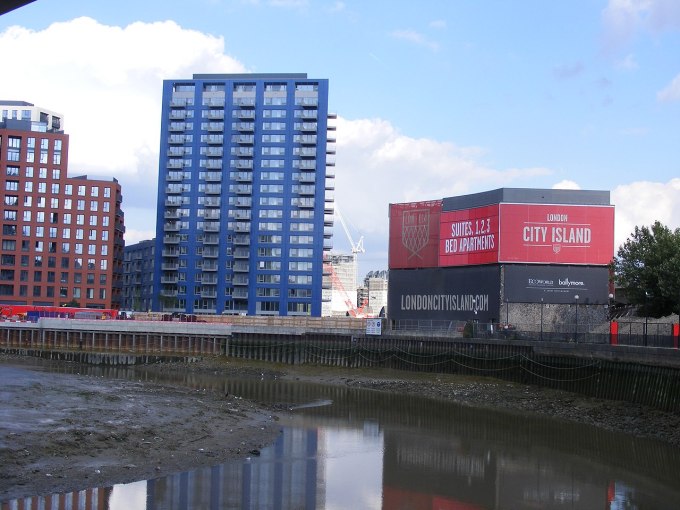 Almost a century on, John Rogers echoes Squire’s sentiments when he describes his feelings about the colourful but oddly characterless buildings that have sprung up in recent years in City Island (where the River Lea meets the Thames). Rogers finds the buildings of City Island to lack soul, but takes a patient and sympathetic perspective on their appeal:

“It’s very easy to say that it feels soulless, because how could it have a soul? A soul has to be developed over time. People live lives here and things happen. One day it will have a character and in 100 years they’ll try to redevelop it and there’ll be people fighting to save it, saying how it marks a classic example of an early new millennium development in the Lea Valley.”

One day these new buildings will be part of someone’s London. Someone will miss them when they’re gone. For everyone who has a long-term relationship with London, there will come a time when their London seems to be no more.

It was ever thus. Here are JC Squire’s thoughts from 1928 on London’s endless self-renewal:

“They very seldom pull down anything ugly in London. When they do, as in the Strand, old shoddy is usually replaced by new. Yet, whatever disappears, men will, as time goes by, regret it; and what had not even the humblest grace of form will take in memory a presence, a bloom, a luminosity from that vanished youth with which it was associated. Life is a tissue of farewells, and every change is a reminder of it; but here, in the death of such a building, is a symbol of a death which even in life we have experienced, our own death which we have survived, the death of our youth.”

The death of one person’s youth always coincides with the start of someone else’s. Everything always begins again. This point is expressed perfectly by Clive James in his delightful 1991 documentary A Postcard from London, in which he contemplates how 1991’s London had changed since his arrival in the 1960s.

He offers a beautiful summation of what London is and why it will always be different, for everyone:

When we become history, what will our story be?

** John Rogers is also the author of an excellent book, entitled This Other London.

*** Here is Squire’s 1928 caption on Pennell’s depiction of the Lea, not so very far from the picture of the river and its magic that John Rogers paints in 2021:

“A typical glimpse of London’s industrial outskirts, with their pictorial possibilities strikingly seized. The trees in the foreground have an ironic effect. The Lea flows into the Thames at Bow Creek, which divides London County from Essex. In this picture there is no promise of a mouth; it is like some permanent, sourceless, and mouthless river out of Dante.”