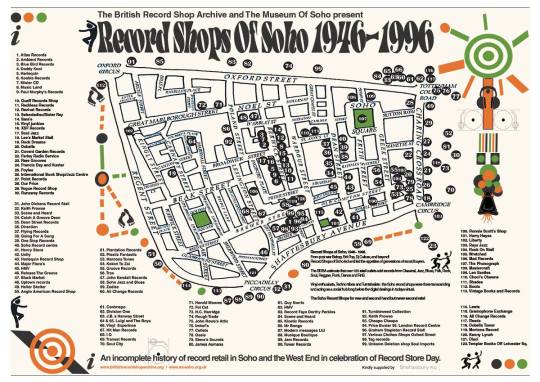 Soho’s record shops were magical places for me and for so many others. Like the song says: some are gone, and some remain. This post (originally written in April 2015*) takes a saunter through Soho’s record shops and ponders how places change and evolve. Some forever not for better?**

I’m going to write here about Soho’s Berwick Street, and its record shops. It’s no great shock that a street with a way-above-average number of record shops would be unlikely to survive unscathed in the 21st Century. But the passing of the era of Berwick Street as “Record Road” is still a shame. And what comes next could remove all hint of its past. 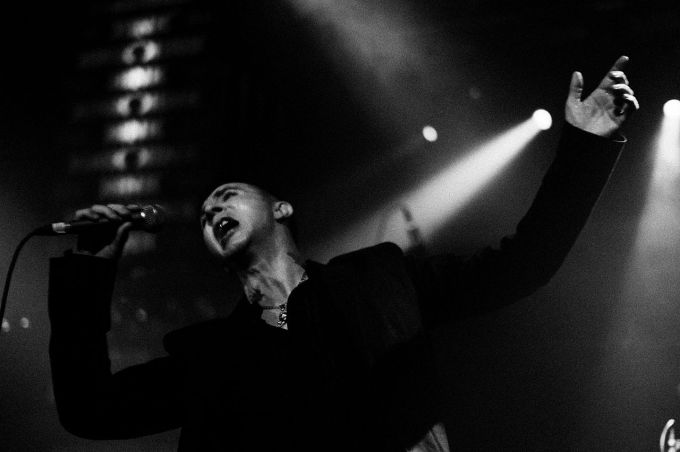 “I place value in the past without wanting to wallow in it.”

These laudable words come from Marc Almond – a gent with more than a passing connection to what one might describe as Soho’s seedier past. Almond describes his concerns about the disappearance of the old Soho, as the inevitable big money makeover that is sweeping through central London turns its attentions on that characterful square mile-ish area. Almond says:

“[C]ities should be a mix of old things and new things, and there should be this place that’s valued as our bohemian centre. Denmark Street is going to be flattened. Berwick Street is going to be flattened and turned into a boutique hotel. Cos we need lots more of those, don’t we? Really. People come here because they’re drawn to the history, but they end up sitting in a Starbucks, looking at another Starbucks across the road, wondering where it all went. It doesn’t all have to be luxury flats for overseas investors which stand empty for years, bumping up the house prices for people who do want to live here.”

He also comes up with a suggestion for a future Soho tourist attraction, which we must all of us hope doesn’t get picked up on by those planning the area’s transformation:

It’s interesting and quite heart-rending for me that Almond mentions Berwick Street, as it was that street – and specifically its record shops – that were always central to Soho for me in my youth.

Great record shops weren’t exactly in abundance where I grew up (unless you count Woolies and Our Price as great record shops, which they weren’t). So I had to look further afield for the good stuff. The small ads in the back pages of the NME for the Sister Ray (named, of course, after the song from the Velvet Underground’s White Light, White Heat album) record shop’s latest consignments of ambient, techno and indie records were a godsend.

When I started going to London regularly (and eventually moved there) in the 1990s, I would make at least weekly pilgrimages to Berwick Street, which housed any number of great record shops alongside Sister Ray. My absolute favourite was Selectadisc.

Selectadisc was a black-walled cavern with a treasure-trove of the latest releases on all the key labels du jour (Ninja Tune, Mo’ Wax, Fax, Metalheadz, Soul Jazz, etc, etc) and a fantastic back catalogue section (the “jazz dance” section in particular turned up plentiful true classics). It sounds silly to say it, but it always felt like it had a real pulse to it, as if some part of the spirit of music lived and breathed there.

This wee record shop even grabbed a wee bit of the zeitgeist. Bizarrely, Selectadisc ended up prominently immortalised on the cover of Oasis’ multimillion-selling (What’s the Story) Morning Glory? album. In Summer 1995, a few weeks prior to the album’s release, I remember being in Selectadisc, and seeing a photocopied advance picture of the Oasis sleeve art tacked up on the wall behind the counter, with “IT’S US!!!!” (or similarly excitable exclamation) scrawled in felt tip.

All things must pass

Times move on. Record shops are not the moneyspinners they were. Sister Ray eventually merged with Selectadisc, and so the signage that appeared on the Oasis sleeve was replaced with Sister Ray’s grey, black and white logo. All things must pass. But that location soldiered on well into this decade.

In all frankness, I’ve not bought any music from any shops in an age. But I was still taken aback when I walked down Berwick Street in April 2015, to see the Sister Ray/Selectadisc-of-yore store boarded up, postered over, and its entrance way now the home to a homeless gent’s cardboard box accommodation.

A lot of Berwick Street now consists of empty shop units. As Almond and his fellow good folks in the Save Our Soho campaign would point out, this means that the “evolution” of Soho into its big-bucks, generically branded and luxurious next incarnation is imminent.

Can any aspect of the spirit of Berwick Street – indeed, of Soho itself – survive the area’s likely resurrection as the sanitised and soulless collection of Starbucks, boutique hotels and luxury flats for foreign investors that Almond envisages?

Is it just me that feels sentimental for the passing of Berwick Street’s incarnation as – in the words used to describe it by me and my other half – “Record Road”?

Maybe not. Yesterday (Saturday 11 April 2015) I was delighted to come across the Record Stores of Soho 1946-1996 map (which I reproduce at the top of this page) via a post on DJ Food’s superb blog.*** Who knew there ever that many record shops in Soho, even over a 50-year period?

As I was heading into London anyway yesterday (to see the monumental Blade Runner at the BFI, with longtime Blade Runner fan Kate Griffiths-Lambeth), I decided to walk down Berwick Street and take a look at the Soho record shops archive exhibtion at 2 Berwick Street (to tie in with the next annual Record Store Day on 18 April 2015), as mentioned in DJ Food’s post. More on the The British Record Shop Archive and the Museum Of Soho here.

Walking down Berwick Street, the old Selectadisc location was of course still boarded-up, but the new denizen of its doorway looked in reasonably good cheer as the Spring midday sunshine fell upon his cardboard domicile. The exhibition at 2 Berwick Street was sadly still under construction behind closed doors. After popping in to Gosh! Comics next door (and seeing the delightful sight of the cartoonist author of the brilliantly-titled Julius Zebra leading a bunch of kids in a comic art workshop)***, I turned the corner into Peter Street lost in a reverie about the disappearance of the record shops of my youth and wondering if the spirit of the old Soho itself was destined to become a thing of the past.

I was snapped out of my thoughts when I realised a voice was addressing me. It was an older woman on the other side of the street. And what was she saying to me?

Some of the spirit of Almond’s Soho would appear to be in rude health even this late in the day.

I am proud to report that DJ Food has added a link to this post from his own original post sharing the Soho record shop map. He has also added a brief note to that post, regarding his time behind the counter at Ambient Soho on Berwick Street:

“Proud to say I once worked at a store on this street in the early 90’s, Ambient Soho/Worm Interface, right near the bottom, around no.11, close to where Gosh Comics now resides. I must get that added, it used to occupy some of the old Reckless Records shop site.”

Could it be that I purchased records from DJ Food himself at Ambient Soho back then? Highly possible!

* I’m resharing this 2015 as it got somewhat lost and needed a bit of a spruce up when I transferred my blog archive from its old tumblr home. Reading the post back from a September 2020 perspective, it was oddly emotional to think of the uncertainty currently facing not just the handful of record shops that remain in Soho, but a great many other Soho businesses. We can take heart at least from the fact that even in these coronavirus pandemic times, the August 2020 Record Store Day brought a great many folks out to record shops in Soho and up and down the country. Long live the record shop!

** I’m sure the attentive reader will have spotted the light lyrical lifts from The Beatles’ immortal In My Life (from Rubber Soul) here!

**** I love that this fleeting glimpse was my first encounter with the excellent Gary Northfield, of whose work I am now a huge fan. Mr Northfield describes himself on his site as a “purveyor of bug-eyed loonies”. Please check out his delightful artwork, and consider following him on Instagram.