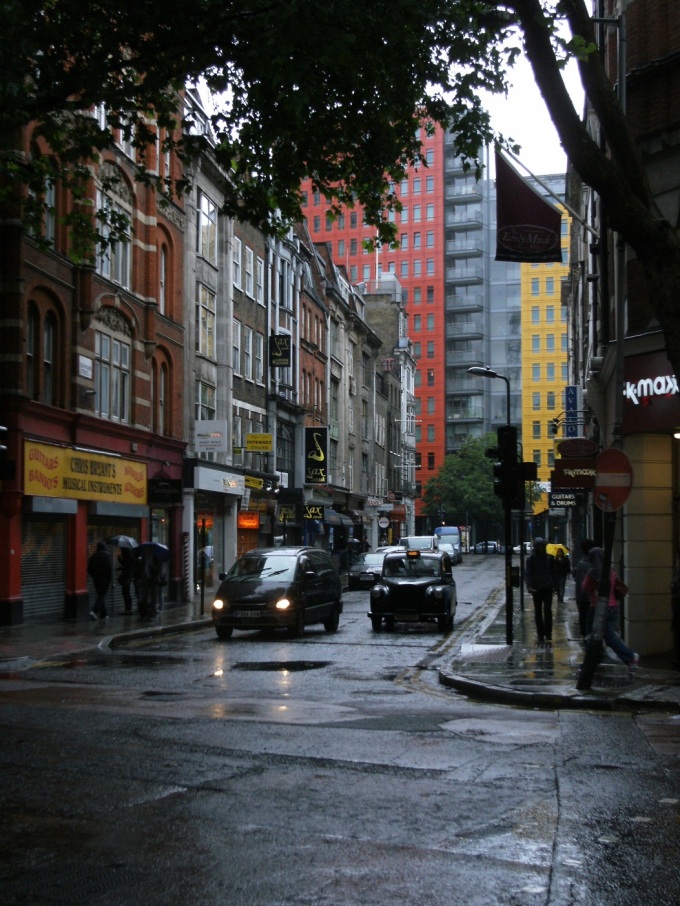 London never stands still. London never stops changing. Everything always begins again there. This is but one of an infinity of reasons why you’re more likely to tire of life than to tire of London. But seeing London change can still hurt.

There must come a point at which everyone who develops a long-term relationship with England’s capital is moved to say “My London is gone.” I’m tempted to say this right now.

I grew up 50 miles outside London, but was a reasonably regular Saturday visitor from a young age (until finally moving there at 25). Somehow, the city has never lost its magic for me. But some of what originally made it so magical for me has undeniably gone.

Back in 2015, it was oddly emotional for me to hear of the planned redevelopment of Denmark Street. On the face of it, Denmark Street is an unassuming wee connecting stretch that branches off Charing Cross Road. But it is a street with a remarkable history. Denmark Street is probably most famous for its musical heritage, reflected in its Tin Pan Alley nickname (half-inched from NY’s original). This British Pathé newsreel provides a wonderful time capsule of Tin Pan Alley as it was in 1951 – “just 60 yards of plate glass windows, behind which a million new songs have been heard”.

Over the subsequent decades it’s variously been home to musical instrument shops, tiny nightclubs, bars and recording studios (patronised by the Stones, Sabbath and Bowie, among many others). It’s been a home to the offices of songwriters and a literal home to musicians as diverse as Bananarama and the Sex Pistols.

But for me, the magic of Denmark Street is its status as the olde home of the Forbidden Planet comic shop. Being a smalltown comic geek was quite an isolated pastime in the early 1980s. When I read via an advert in 2000AD that London had a whole entire shop dedicated to comics, I could barely believe it.

Forbidden Planet was to be found at 23 Denmark Street. When I finally got to visit it at age 10 or 11, I was taken aback that it wasn’t the gleaming white futuristic shop equivalent of a spaceship interior from Kubrick’s 2001 that I’d imagined. Rather, it was a cramped and slightly shabby narrow wee cubbyhole, stuffed to the gills with comics, comic ephemera and original comic art. Space age or not, I was in heaven.

FP has long since relocated (first to New Oxford Street, then to its current ‘megastore’ on Shaftesbury Avenue). But I’ve always viewed the Denmark Street branch and its eternal dowdiness with affection.

Consequently, it was depressing to read back in 2015 that what I perhaps naively view as “my” Denmark Street was to be gone for good. “Blade Runner without the flying cars” is how the Guardian summarises the soulless planned Denmark Street 2.0 (well, more likely 28,000.0, knowing how London changes eternally).

The Guardian quoted the developers’ plans for the gleaming new Denmark Street to retain some pale ghost of its cultural history by offering the denizens of 21st Century London and beyond a “street scape” with opportunities to “interact with the brands we love in new and exciting ways.” Would anybody in their right mind want to interact with a brand? Well, quite.

Denmark Street was on its last legs 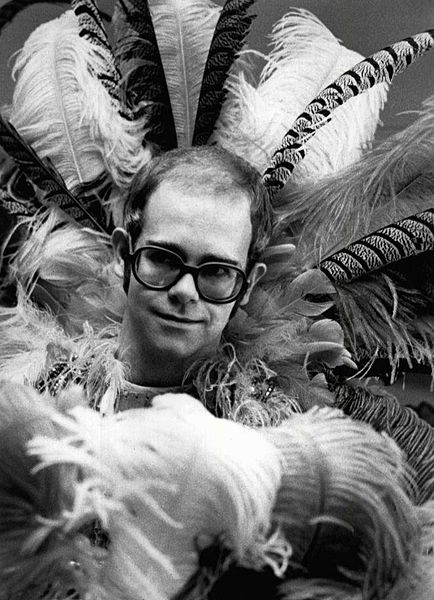 The nature of the planned changes to Denmark Street may not have been to my tastes. But it wouldn’t be London if it didn’t change. Indeed, I’m not the first to mourn the passing of their version of Denmark Street. In his excellent autobiography Me, Elton John writes of how he felt he’d missed the street’s golden era when he went to work there in the early-to-mid 1960s:

“With perfect timing, I arrived at my first job in Denmark Street just as Denmark Street went into terminal decline. Ten years before, it had been the centre of the British music industry, where writers went to sell their songs to publishers, who’d in turn sell them to artists. Then The Beatles and Bob Dylan had come along and changed everything. They didn’t need the help of professional songwriters: it turned out they were professional songwriters.”

But Tin Pan Alley still offered young Elton John (or Reg Dwight, as he of course was in those years) ample opportunity to make it all his own:

“Even if Denmark Street was on its last legs, it still held a magic for me. There was a kind of glamour there, albeit fading glamour. There were guitar shops and recording studios. You would get your lunch at the Giaconda coffee bar or the Lancaster Grill on Charing Cross Road. You wouldn’t see anybody famous in there – they were restaurants for people who couldn’t afford any better – but there was a buzz about them: they were full of hopefuls, would-bes, would-never-bes, people who wanted to be spotted. People, I suppose, like me.”

In his delightful 1991 documentary A Postcard from London, Clive James contemplates how 1991’s London had changed since his arrival in the 1960s.

He offers a beautiful summation of what London is and why it will always be different, for everyone:

Everything has begun again in London, and will always begin again. Nonetheless, I can still bemoan the passing of the London I grew up loving. As it’s the passing of a comic-related location I seek to bemoan, perhaps I can paraphrase the Simpsons Comic Book Guy and declare the loss of Denmark Street as was to be London’s “Worst. Development. EVER.”?

Now, Londoners and London-loving types: I’d love to know – what was the first part of London you loved? And is it still there now? 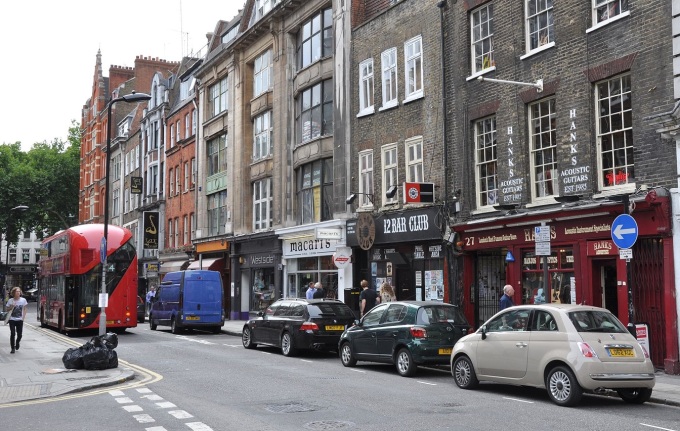 * Please note that this is a slightly spruced up and updated version of a post that I originally wrote in 2015, so some of the references the planned makeover for Denmark Street might be slightly outdated.