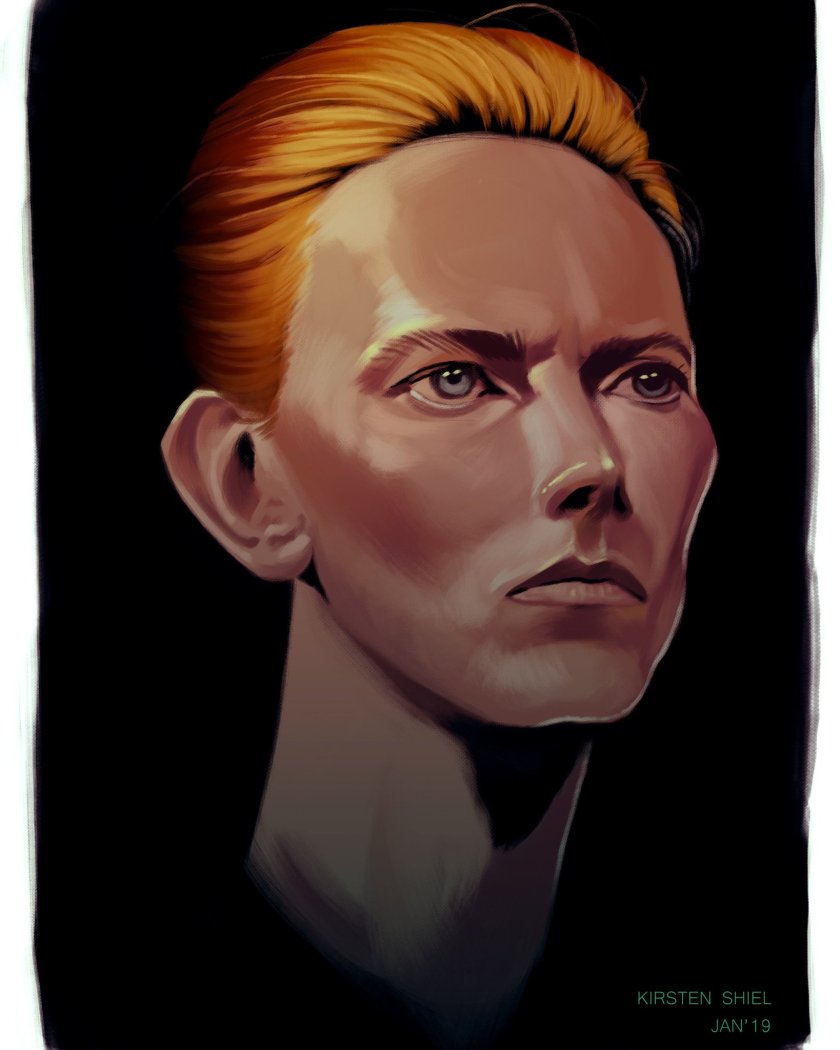 What’s the biggest leap into the unknown that you have ever taken? Is there a leap in life that you would like to take?

There can be a virtue in taking a leap of faith. Taking that chance, doing that one thing of which you thought you might never be capable.  A leap of faith can bring profound, wonderful change. There are times when the best thing to do is what you’re least comfortable doing. When you decide that there is nothing holding you back.*

A different kind of security

There can be a security in staying put, in not taking that leap. But, as the dearly departed David Bowie argued in a 1996 Telegraph interview, to take a leap of faith is to put your trust in “a different kind of security.” Bowie said:

“I don’t think I ever felt that life was very long. It was certainly no surprise to me that I got old. I don’t know if that’s a good or a bad thing, but I was always terribly aware of its finiteness, and I always believed that if we only have this one life, then let’s experiment with it. We know what can happen – you can get a job, go to work, you can follow that line of perceived security. But I think there’s a different kind of security, which is trusting to and living by a code, of almost drifting where the wind takes you.”**

Today is my day one

A leap of faith might equally be taking the decision to restore or impose for the first time some kind of order on a chaotic life. Such decisions can be so easy to put off.

“Everybody says one day I’m going to do this. And I go you gotta flip the script on that shit and you have to say day one. And today is my day one. And just take it day by day.”

This is John Joseph***, speaking on the 500th episode of Rich Roll‘s podcast, earlier this month. The Rich Roll podcast is transformational, focusing on stories of people who have changed or are changing their lives, and allowing the listener to tap into a supportive, positive and inspirational community. Episode 500 is a joyous, free-form conversation between three old friends (Roll, Joseph and their friend Mishka Shubaly). Each of these gentlemen has in their own way turned their life around. Each has overcome addiction and embraced a life of positivity, of athleticism and – above all – of service. Towards the end, each reflects on the conversation they have just had, and on life.

John Joseph argues that it is never too late to change, to make today your day one. Once you make this choice, the universe has got your back:

“You’d be quite surprised how many people are out there that love you and have compassion. They were waiting for you to step forward and admit hey man, I got a fuckin’ problem. And that’s number one to solving a problem. You have to admit you have one.”

Mishka Shubaly believes that the choice to change and transform doesn’t have to coincide with a moment of crisis:

Rich Roll ties these themes together, reminding us that no matter how things might like, change and transformation is always possible:

“The truth of the matter is that if you look in the mirror and you’re honest with yourself to admit that the elevator is going down and it’s going to continue to go down. But you can step off at any point. That opportunity is available to you in every single given moment.”

Of leap day and leaplings

I am writing these words (and you might even be reading them) on Saturday 29 February 2020. Leap day.****  A day that exists only once in every four years. A little gift of extra time. An opportunity to take a leap of faith.

Is there a leap in life that you would like to take?

Is it time to take that leap today?

“You can make/ A fresh start with your final breath.”

These words come from a poem by Bertolt Brecht entitled Everything Changes, which Tim Scott has kindly shared with me via Twitter, in response to the words of John Joseph quoted in this post. This is a beautiful poem, and one that I must confess is entirely new to me.

Fab blog, sir. Your John Joseph quote reminded me of this pretty awesome poem (courtesy of @thereaderorg) that is pinned up in our kitchen and which I think you will appreciate pic.twitter.com/NuChmVPYGF

Here is Brecht’s Everything Changes:

Everything changes. You can make
A fresh start with your final breath.
But what has happened has happened. And the water
You once poured into the wine cannot be
Drained off again.

What has happened has happened. The water
You once poured into the wine cannot be
Drained off again, but
Everything changes. You can make
A fresh start with your final breath.

* Jay Kuhns wrote about the virtue of making bold moves in an excellent 2015 blog post entitled Funeral Hymn: “It takes courage to admit that you could do more…be more…and make a move that is unsettling at best, and downright scary at worst. (or is the scary part the best? Hmmm) […] Bold moves are the best moves. […] There is absolutely nothing holding you back.”

** Bowie took this to an extreme, of course. Drifting where the wind took him, even when wild was the wind (see the start of the YouTube video below for the immortal Glastonbury performance of the song that inspired this contrived pun of mine). Bowie’s drift involved rampantly self-destructive behaviour and general irresponsibility (the latter word was used by him in that 1996 Telegraph interview, to describe where the wind took him). Gentle reader: I am not recommending that you follow Bowie’s example down to the letter. But I love his turn of phrase in describing this “different kind of security.”

*** John Joseph sings on one of my favourite albums, The Age of Quarrel by Cro-Mags. These days, he is an Iron Man athlete and author, with books including The Evolution of a Cro-Magnon and The PMA Effect.

**** And those born on or celebrating their birthday today are “leaplings,” I have learnt today! I suppose this post must be a leapling in that case… meet you back here on 29 February 2040 to celebrate this post’s fifth birthday?