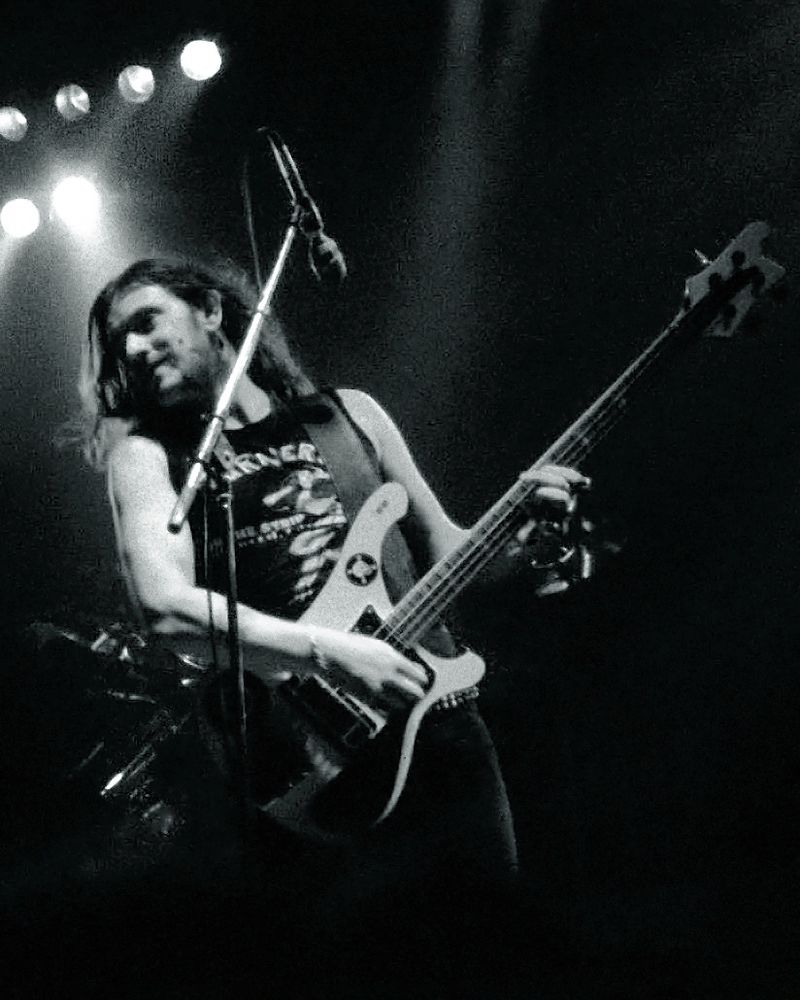 Motörhead’s Lemmy was a quintessential gentleman, and by all accounts sounds to have been the best friend you could ever hope to have. This post (originally written for Lemmy’s 70th birthday in 2015) celebrates the greatness of Lemmy. 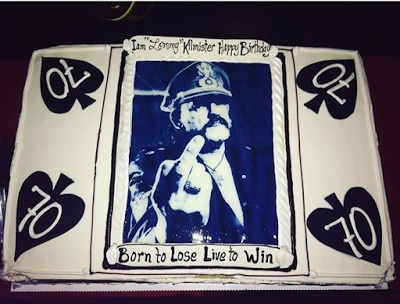 Many happy returns, Lemmy! Today (24 December 2015 aka Christmas Eve) marks the happy occasion of the 70th birthday of Ian “Lemmy” Kilmister – one of the world’s most outstanding and last remaining true gentlemen.

“If you think you are too old to rock ‘n roll, then you are”, Lemmy once said. He had a point.

I want to celebrate Lemmy the gentleman here. If you’ve heard of him at all, it’s probably as the caricature boil-encrusted, perma-wasted, perma-leather’d, perma-lather’d rocker. But there is a lot more going on with him. Lemmy is a gentleman.

I first twigged there was more to Lemmy than might first meet the eye whilst reading an interview with the great gent in the Christmas ’88 edition of Sounds. Uncommonly for a heavy metal star, Lemmy waxed lyrical about David Niven’s short stories, and how unfair it was that Niven’s failing health in his later years robbed him of so much, including the ability to sit and enjoy the pure pleasure of writing.

Lemmy isn’t (just) the caricature. I have never met him. But from all I’ve read and seen of him over the years, a picture emerges of a gent who is, yes, a shameless hedonist, but is also so much more. He is very well read. And for someone who would seem to have spent so much of his life in a state of sleep-free derangement of the senses, he has the clearest sense of right and wrong of perhaps anybody in this world. He lives by an unflinching, unbending moral code of absolute love, devotion and generosity to those he holds dearest. He sounds like the best friend you could ever hope to have.

I also believe that any of the thousands of published interviews with Lemmy from over the decades will contain at least one tiny pearl of wisdom. Here’s one random example:

“In my life so far, I have discovered that there are really only two kinds of people: those who are for you, and those who are against you. Learn to recognise them, for they are often and easily mistaken for each other.”

Lemmy’s lyrics are a pure delight. Genius in simplicity. Genius (sometimes, quite deliberately) in stupidity. Killed By Death is a great example, at the same time knowingly dumb and hugely inspirational, life-affirming.

The music of Motörhead – the band Lemmy has led for the past 40 (yes, 40) years – is the quintessence of rock ‘n’ roll. The ripples and reverberations of Lemmy’s first exposure to the music of Little Richard and Elvis some 60 (yes, 60) years ago live on in his constant output of music at its purest and most exhilarating. Dozens of albums that to the untrained ear will sound next to identical. But listen closer and you’ll hear levels of invention that are amazing in music so stripped to its core elements. Filthy (“philthy,” even) and unrelenting. Yet at the same time simple, clean and direct. On Your Feet Or On Your Knees is a great example.

As happened with David Niven, Lemmy’s health has taken a turn for the worse over the past year or two. But Motörhead live on for now. Read or watch any 2015 interview with the man, and his wit and wisdom are undimmed.

Lemmy’s wit is perfectly demonstrated by a story my good friend @flipchartrick told me the other day. When I met my friends Rick and @charlie_elise for lunch in London on Tuesday 22 December 2015, I was amazed and delighted to hear that Rick actually once met Lemmy. It sounds a truly perfect Lemmy encounter.*

The scene: an underground drinking establishment in Soho in the 1980s. Rick is supping a well-deserved ale or several with his friends. A gentleman who is clearly Lemmy has been playing the fruit machine in the corner all evening (if you know the first thing about Lemmy, you will know this pastime immediately identifies him as Mr Kilmister). Rick’s friends are uncertain that it is he, though. Determined to settle the matter, one of Rick’s friends plucks up the courage to approach the be-wart’d, be-leather’d fruit machine hogger, and asks him to tell them who he is.

The gentleman’s response could not be more Lemmy:

“With a face like this, I couldn’t be anyone else.”

But they could never/ last this long

Let us end with a quote from the famous Capricorn Lemmy’s song Capricorn:

Update 1 (24 December 2015): Lemmy the Pope that never was?
Did Lemmy miss out on his true calling? Right after I published this post earlier today, I got into a Lemmy-related Twitter chat with excellent Canadian music journalist Adrian Begrand (check out his Basement Galaxy blog). I asked Adrian if he’d ever got to interview Lemmy. Here’s what he had to say:

I did! It was never published cos we didn’t talk about anything too relevant. Talked rockabilly & Beatles. He LOVES that topic.

I asked what else he’d like to accomplish, and he said, “Well I’ve never been Pope! But I’m not Catholic!!!” He laughed & laughed.

My thanks to Adrian for allowing me to quote these words here. The transcript of this interview has yet to see the light of day – but maybe Adrian could consider publishing it to mark Lemmy’s 80th, a decade hence?

Update 2 (24 December 2015): Lemmy, Damned, Peel, Abba!
Not only is today Lemmy’s 70th birthday, it is also the anniversary of a London gig at which Lemmy appeared with The Damned, according to my friend Neil Usher, who was there (and who has kindly permitted me to quote his tweeted testimony here:

Once saw Lemmy on stage with the Damned on Christmas Eve. John Peel DJ’d between bands playing only Abba, and Captain Sensible came out wearing only a guitar – Nik Turner also on stage. Satellites were supporting, some great trivia about them here http://www.boredteenagers.co.uk/satellites.htm

* My thanks to @flipchartrick for his permission to recount this wee tale here. He has also tweeted me with further details of the Soho establishment where this brush with greatness happened. It was the St. Moritz Club, the online history of which includes the following corroborating details to further back up Rick’s story: “Throughout the 70s and 80s, the St Moritz became the pre-eminent rock / rock n roll club in Soho. With its proximity to the Marquee, it became the hangout for rock then punk musicians. Amongst its patrons were Lou Reed, Peter Gabriel & U2 – Lemmy from Motorhead was a permanent fixture on the clubs fruit machine!​​​ More recently, the St Moritz Club has hosted weekly club nights – most notably it is home to Gaz’s Rockin’ Blues, the longest running club night in London.”