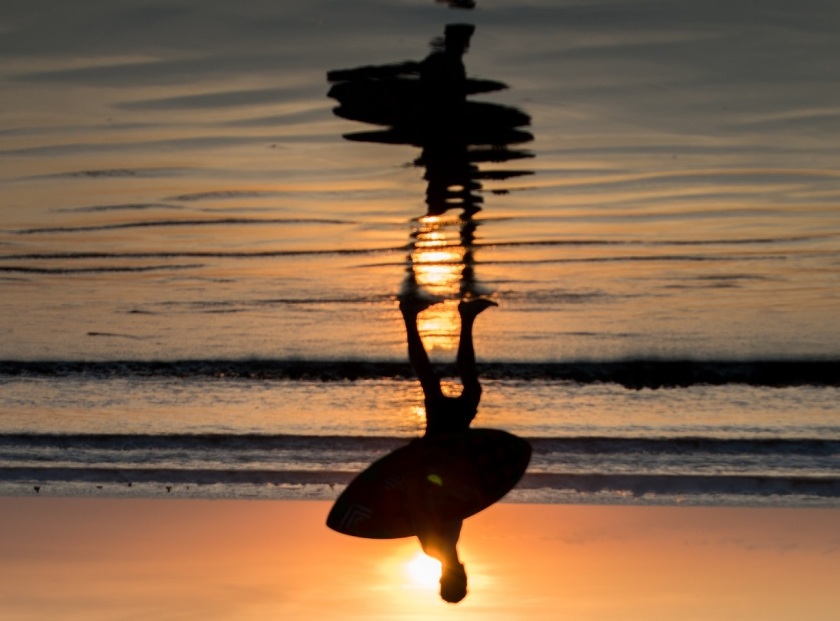 In every moment, each of us has the choice to choose. We might not know we have it. But it never goes away.

What do you choose to do today?

In Essentialism: The Disciplined Pursuit of Less*, Greg McKeown argues that we can achieve more in life if we eliminate the inessential. We should work to recognise and separate “the vital few [from] the trivial many”. The first step in this process is “to develop your ability to choose choice, in every area of your life.”

I was given a lovely thing 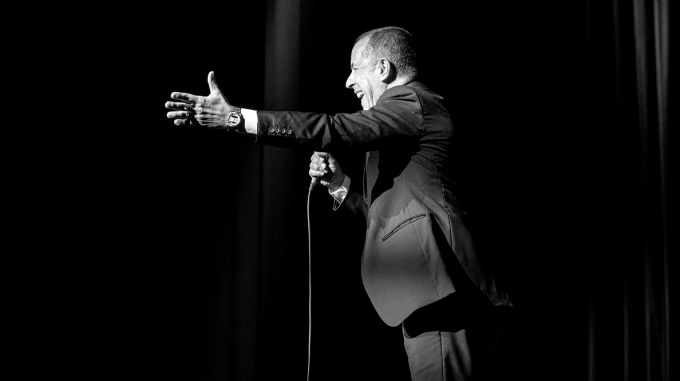 Jerry Seinfeld would appear to be a gent who has honed the focus of his work and his life down to “the vital few” elements. He comes across as being at peace with his world. He is fully conscious of the choices that have brought him to where he is, and that have kept him moving through the water. These choices are shaped by deeply thought through and deeply held beliefs and values.

I felt waves of inspiration as I listened to Seinfeld’s recent appearance on Tim Ferriss’s podcast while on my early morning walk last Saturday (20 March 2021). Seinfeld generously shares his views on the creative process, and on the choices that shape creativity as he sees it.

Aquatic metaphors abound. For Seinfield, it’s all about how you cut through the water. What size of vessel do you choose? Complexity increases in line with the size of the crew. Working on a TV series is “like a pretty big boat that you can run with a couple of people”, while “a movie is a yacht”. Over time, he has come to realise that he prefers the freedom, independence and self-reliance of stand-up comedy:

“Stand-up for me is a surfboard. It’s just you, you paddle out and you try and catch the energy and you’re all on your own. You can do it and go home and nobody but you really even knows what happened. I think the more people you add to the vessel, the faster you’re going to struggle to maintain its progress through the water.”

Seinfeld believes that it is essential to know when to stop – preferably before you start struggling to maintain your progress through the water:

“For sure, the TV series got to a point, we did it nine years and the way I was doing it, that was as far as it could go, before it was really going to stop cutting through the water in that beautiful way that it was doing. That’s why I pulled out of it before I had to, before anyone wanted me to, because I didn’t want to be on a boat that was starting to struggle. I didn’t want to have that experience. Even more than that, I didn’t want the audience to have that experience. I wanted to complete this gift to them in a way that they would always go, “Oh, I was given a lovely thing one time in the ’90s, and it was just lovely. I wanted them to have it like that. No excuses, no ‘if onlys”.”

These words resonated with me long after I listened to them. But the more I thought about them, the more familiar they seemed. Then I twigged that this was actually not the first time I had heard Seinfeld using water as a metaphor for the creative process.

How do you want to be on the water?

Jerry Seinfeld’s 2014 appearance on Alec Baldwin’s Here’s the Thing podcast** is one of the warmest and most amusing chats you could ever hope to hear. Baldwin pursues the theme of choice, speculating that if Seinfeld chose to launch a “Jerry TV” channel, it would be a licence “to print TV shows” (and thereby print money). The following exchange ensues:

Baldwin: “Why aren’t you doing what other people do?”

This is a great question to us ask yourself daily: “How do you want to be on the water?” 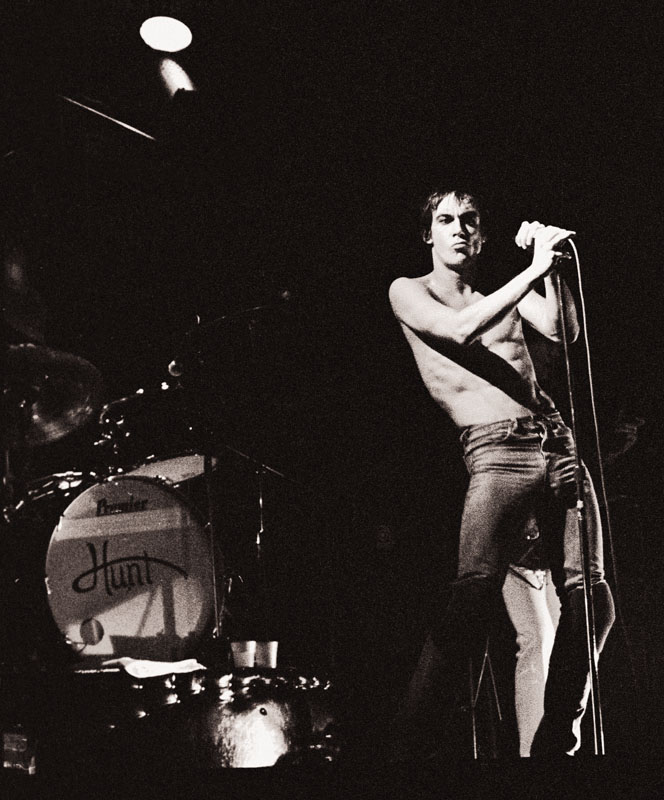 In any situation, you can ask yourself “How do you want to be on the water?” Even when there might at first appear to be no choice. Decisions are always there to be made. How you choose to deal with limited choice – or the limitations you choose to impose on yourself – can produce the most interesting results. 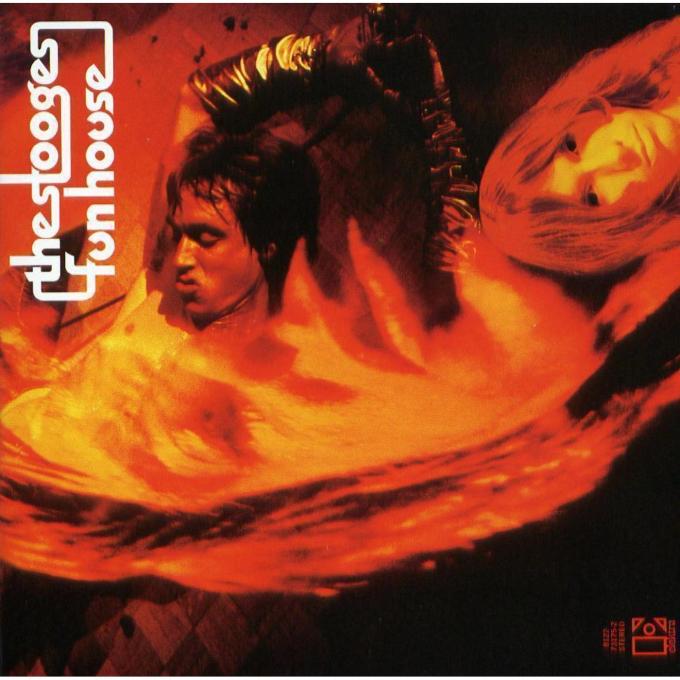 The Stooges’ Fun House is the rawest, wildest rock album there is.*** In Jim Jarmusch’s excellent Stooges documentary Gimme Danger, Iggy Pop gives a succinct description of the recording process for Fun House:

“Just one room. No choices.”

Tight parameters can produce the most creative responses. Iggy explains how his pared-down, primitive approach to lyrics**** was influenced by a 1950s US TV show called Lunch with Soupy Sales*****:

“He encouraged kids to write to him. But he said ‘When you write the letter, please, 25 words or less.’ And that’s always stuck with me. When I started to write songs for our group, I thought ‘This is the way to go.’ Try to make 25 different words or less. I didn’t feel like I was Bob Dylan. Try to keep it really short. Then none of it will be the wrong thing.”

It is all about sorting and separating the vital few from the trivial many.

You always have a choice

At every moment of every day, each of us has the chance to choose choice.

As my friend Neil Morrison once wrote:

“Nobody has control over your future and your destiny other than you. No one can make you do anything you don’t want to. You always have a choice. It’s just whether you’re willing to accept the consequences of those choices.”

You never lose the choice to choose.

What do you choose to do today?

* I owe my friend Bryan Wempen a huge debt of thanks for recommending this book. Please give it a go!

** Seinfeld’s chat with Baldwin has some wonderful moments. One of the funniest things I’ve ever heard is Seinfeld describing how – having achieved unimaginable wealth – his preferred way to spend his day is taking “loud sips of coffee.” The sound of Alec Baldwin trying on for size the idea of luxuriating in a loud sip of coffee – unbound from concerns over table manners – is for me a comedy masterclass for the ages.

*** I’ve always thought that Fun House is oddly symphonic in structure. During the fifth track, 1970, the wildly untamed vital few instruments that make the Stooges’ sound are joined by a perhaps even more wildly untamed free jazz saxophonist who takes things to another level. The saxophones stick around from that point, helping ramp up the chaotic noise of the album’s closing tracks (Fun House and L.A. Blues). Fun House is truly essential listening.

**** See, for example, the Stooges’ lyrically ultra-minimalist No Fun from their classic (well, marginally less classic than Fun House to my ears, but still very classic all the same) debut album, entitled The Stooges.

***** Here is an extract from the 2-DVD set of The Best of Soupy Sales, should you wish to know what so enchanted Mr Osterberg all those years ago.