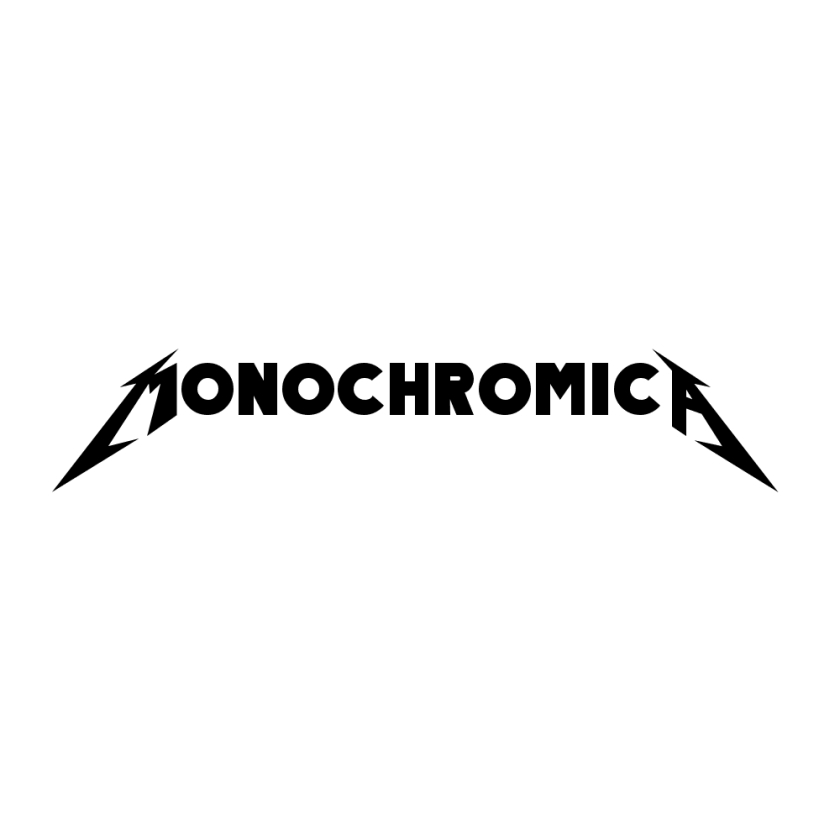 My week in the world of monochromica. The #BlackAndWhiteChallenge: a black and white photograph a day for a week, depicting no people, (originally) shared with no explanation.

My friend Kate Griffiths-Lambeth nominated me for the #BlackAndWhiteChallenge.* The #BlackAndWhiteChallenge highly enjoyable. It’s mentally stimulating to keep an eye open every day for that unexpected something, that tiny detail that might make for a striking monochromatic image. Here are all seven of my 2018 pictures. Now that the challenge is over, I’ve cheekily added some words (and the odd colour picture) for context.

If you fancy giving the #BlackAndWhiteChallenge a go, I hereby nominate you. Please let me see the results!

A few days later, I produced this wee bit of skull-ful #Sketchulence.

In last week’s post, I shared Nick Shackleton-Jones’ delightful, lamp-related take on how we introverted types perceive the world. In tribute, here is just one humble streetlamp. 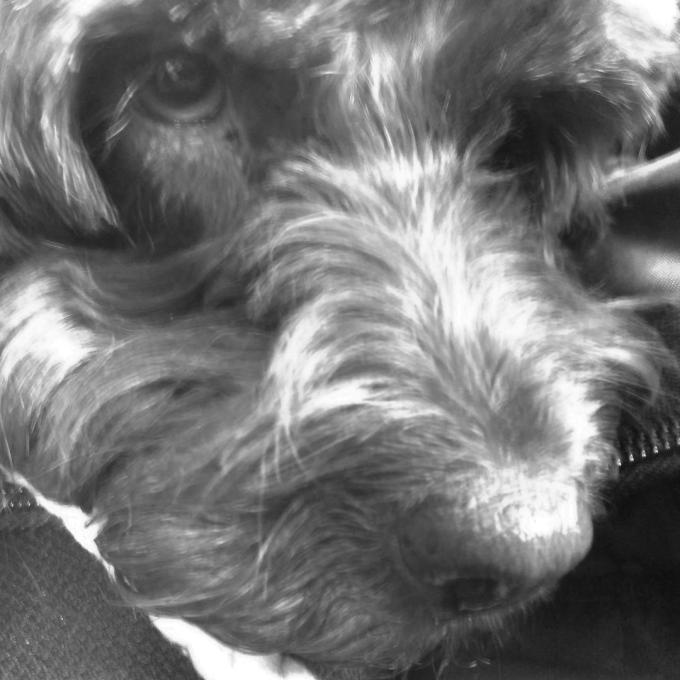 The Meg in question is not the one that has recently bedevill’d Mr Statham, but rather this Meg (short for Nutmeg) is the dog-in-law, on the way home from a walk on the Ashdown Forest. 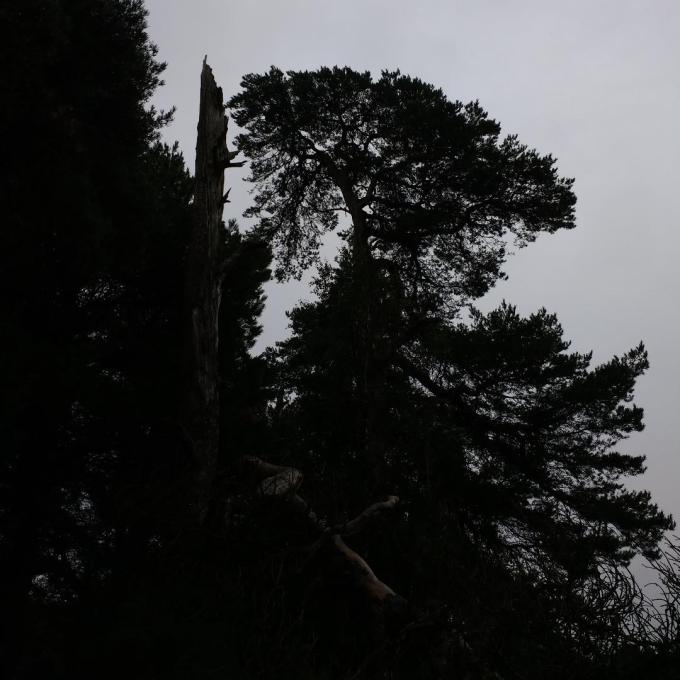 I took this rather stark arboreal image minutes earlier, whilst wandering the Ashdown Forest. But this is actually a full-colour, unfiltered image of autumnal forestry. Is the whole world taking on black and white tones? 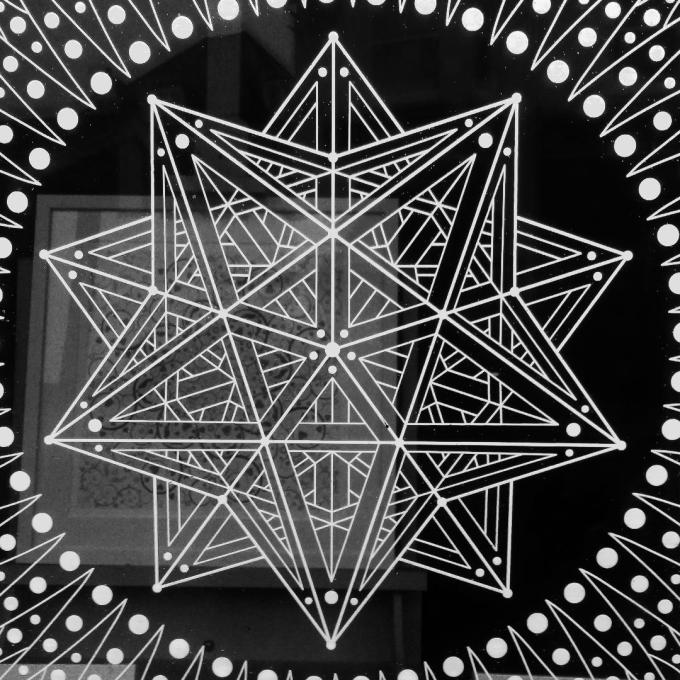 Transparent mandala of cycling, psychedelic colours. I spied this hanging in the window of an art framing shop whilst out on an early morning stroll. The image changes colour before your eyes (and if you look closely, you can see a further framed mandala picture behind it).

Here’s the original, full-colour version. The work holds on each colour for just a second or two before gently melting into the next shade. 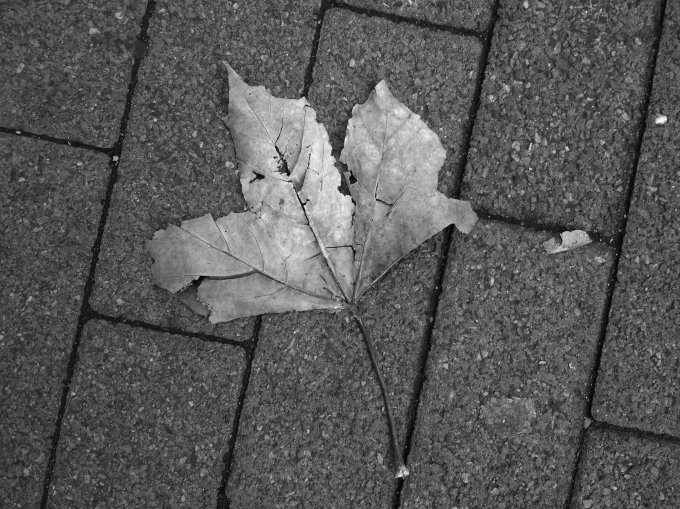 Autumn is the most beautiful time of the year. Fragile autumn leaf on hard pavement. 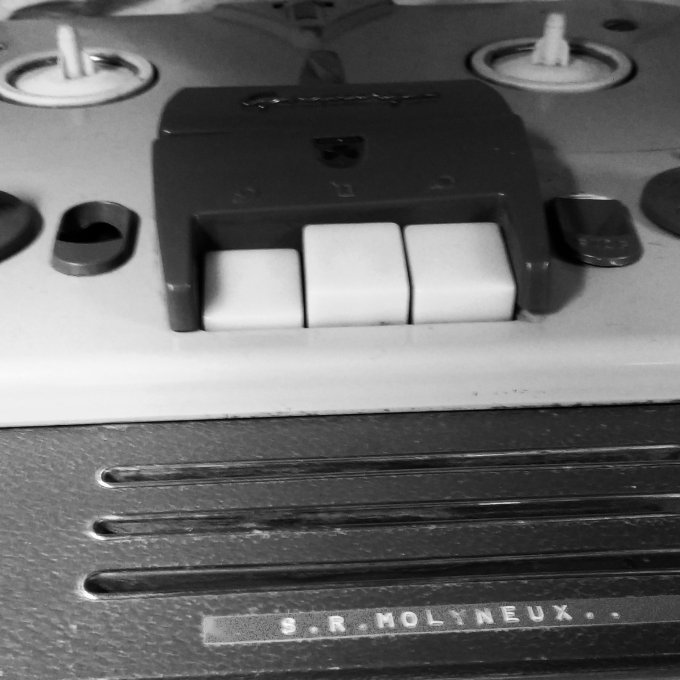 This Grundig reel-to-reel tape recorder once belonged to one Bob Molyneux. On Saturday 6 July 1957, Mr Molyneux took his trusty Grundig along to record some of the music being performed at the local St Peter’s Church fete in Woolton, Liverpool.

If you know your Beatles lore, you already know that that was the day that John Lennon first met Paul McCartney, and that Mr Molyneux recorded that day’s performance by Lennon’s pre-Beatles band The Quarrymen.

This incredible piece sits (pulsating with hidden history not wholly unlike the Ark of the Covenant in the final shot of Raiders of the Lost Ark**) under protective paper on a shelf in an unassuming building on an industrial estate in Hayes, Middlesex.

This Grundig is just one of an overwhelming multitude of incredible historical pieces preserved at the EMI Archive Trust. I had the privilege to visit the Trust this week. I still can’t believe this even happened. My friend Sean Jones allowed me to tag along on a guided tour that he won at a charity auction.*** As Sean tweeted, this was a mind-blowing tour.

Just paid a visit to the @EMIArchiveTrust. I don’t think I have had my mind so comprehensively blown before. A wonderful place run by wonderful people.

That time I won the Nobel prize for Medicine (well, got to hold someone else's Nobel prize for a second or two)! HT @EMIArchiveTrust @seanjonesqc pic.twitter.com/E1RUYqSq06

My thanks to Sean, and to Joanna, Jackie and Caryn at the EMI Archive Trust for giving so generously of their time to show us around.

I highly recommend you pay a visit to the EMI Archive Trust website to find out more about their work. And if you should ever get the opportunity to visit in person – jump at it! 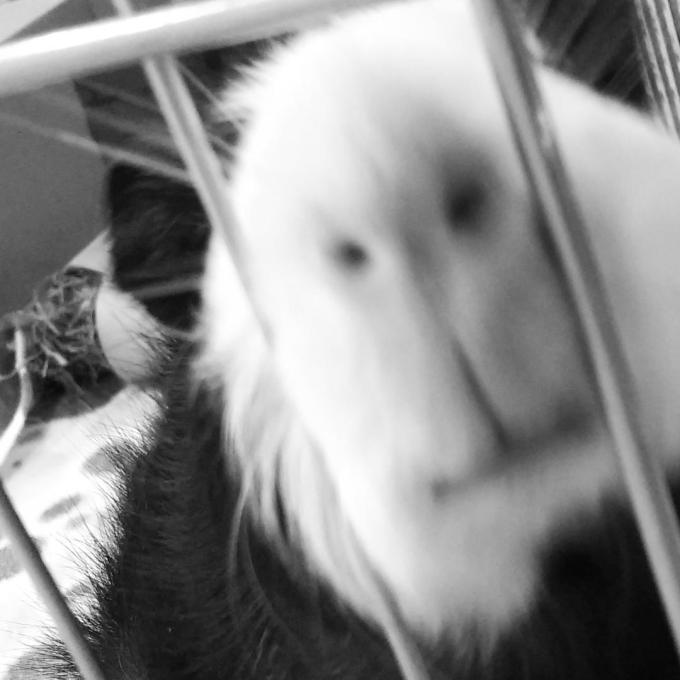 Where is my lettuce, human? H’MMMMMM? Sundae getting somewhat excited prior to his dinnertime treat of a tiny portion of lettuce and cucumber. FWEEEEEEP!

My #BlackAndWhiteChallenge week is done. But the next challenge is just around the corner. This Monday (1 October 2018), #Inktober kicks off! Looking ahead to #Inktober2018, I drew the above spot of avian #Sketchulence on my train ride home last Thursday. Listening to the Byrds*****, drawing a bird.

This will be my second #Inktober. Around the world, thousands of folks will be accepting the challenge to produce one ink-based drawing per day for the entire month of October, and to share the results via social media with the #Inktober hashtag. I cannot wait to see where pen and paper take me this time around! No matter what your drawing experience, why not consider giving it a go?

1. Kate had set me this challenge once before, in November 2017. You can see the results in A black & white week: Stagulent statuary, coffee, space broccoli.

2. Said final scene of Raiders can be enjoyed here:

3. Sean Jones and charity are two terms that go together. His #BillableHour campaign has raised a lot of money for Save The Children. It is still open for donations. Please consider giving generously to #BillableHour.

4. I am only sharing here the things that the good folks of the EMI Archive Trust permitted us to share. Believe me, if you get to pay a visit, there is a heck of a lot more stuff at which to marvel within its walls!

5. Specifically, to The Notorious Byrd Brothers. You too can also enjoy this lovely album, right here: