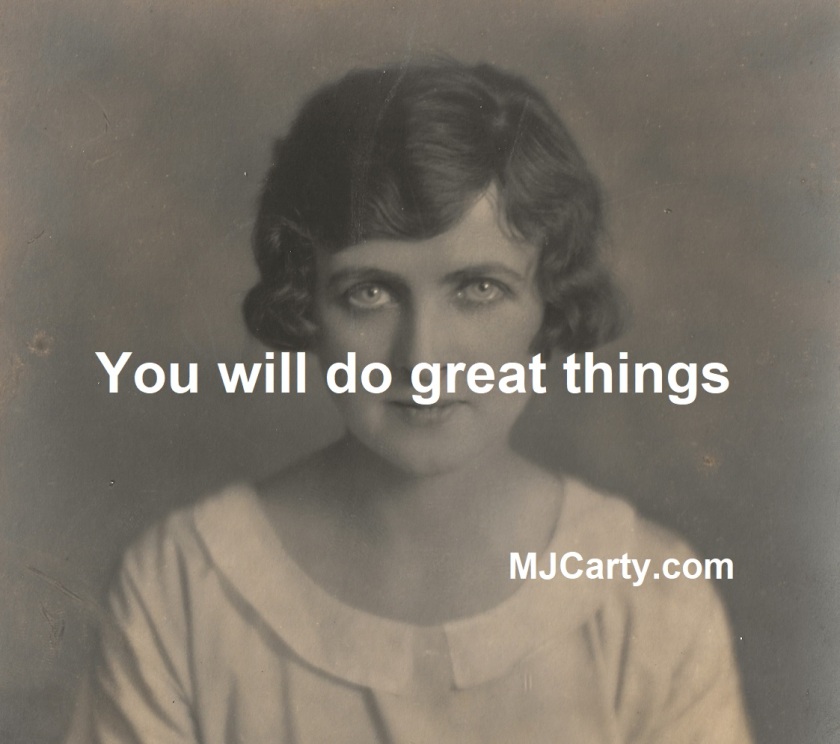 Marvel Comics supremo Stan Lee once told the young Gene Simmons (later of Kiss fame): “You will do great things.”* Lee’s words inspired this post, which can be read from first sentence to last, or from last sentence to first.

You will do great things.

If you feel that you do not have self-worth to start with, it is the hardest thing in the world to build.

Self-worth cannot come from anywhere else but within.

It can be built up, but that worth is already there.

A word of affirmation from another.

A vote of confidence.

It can make all the difference.

You have the power to make this difference to someone else.

Other people may or may not have the power to make this difference to you.

But words of affirmation and votes of confidence do not create worth.

The words of others shine a light on something that already exists.

The worth was already there within yourself.

Your self-worth is with you always, whether you recognise it or not.

You will do great things.

* The title of this post comes from a postcard received by a dumbfounded Gene Simmons, back when he was a young boy. Why dumbfounded? Because this postcard was written and sent to him by Marvel Comics supremo Stan Lee. Mr Lee was responding to a piece of fanmail that he received from the future Kiss supremo.

Mr Simmons went on to do great things. Simmons feels forever indebted to Stan Lee, for the latter taking the time to share such beautiful words when he really didn’t have to. You can hear the full lovely tale recounted in the video below. Excelsior!

“On the blue lagoon / Pat Dunlop. (Melbourne : Allan & Co., c1920)This song featured in J. C. Williamson’s gorgeous annual pantomime, Humpty Dumpty, where it was sung by Edith Drayson; there is a portrait of Edith Drayson on the cover. Edith Drayson was an English actress with a ‘light soprano voice,’ who arrived in Melbourne in September 1920 to play in this pantomime. She stayed and performed in other pantomimes and musical comedies. She returned to London, arriving 22 May 1926, and died of blood poisoning in Soho ‘in strange circumstances,’ on 30 May 1926.” If anyone out there should happen to know anything more of Ms Drayson or the “strange circumstances” of her passing, please do consider getting in touch.