“Consider, Sir, how insignificant this will appear a twelvemonth hence.”

I’ve always found these words from Dr Samuel Johnson* oddly reassuring. They are a reminder that so much of what seems important right now is often anything but. What preoccupies you in the moment will likely not amount to a whole hill of beans when you look back upon your life. Indeed, it will probably seem as nothing in even the near future. You will already have moved on to something new.

Often what is truly important in life may only become clear once it’s in the rear-view mirror. You can never know what you are about to become. Life’s capacity to surprise is inexhaustible.

On some faraway beach**

I’ve been thinking about this a lot over the past few days, sparked by an email exchange with a dear friend of many years’ standing. I’d mentioned my long-held belief that there seem to be whole years and entire decades in your life that are there simply to be struggled through. When you’re in the thick of it, so much of your youth feels like a struggle. Yet when you look back on it, so much of what preyed on your mind in those times can seem – to use Doctor Johnson word – insignificant. My friend said something striking about their 20s:

“Looking back I could have spent 10 years on a beach and it wouldn’t have made much difference to where I am today.”

These words gave me pause. Would my own 20s have been better spent on a beach?

I spent so much of my early-to-mid 20s worried, slogging through my days and looking for a small breakthrough to try to change my life and better myself. I would endlessly apply for graduate jobs in London (from ads in each Monday’s Guardian media supplement), attend countless interviews and receive countless rejections. Looking back, I can’t believe how preoccupied I was. Did I really need to strive so hard or worry so much? How much of that effort was wasted? How much of that time might have been better spent on some faraway beach, rather than endlessly chasing that one thing that might change all things?

It only takes one breakthrough to change your life. The breakthrough that eventually got me to London was an unexpected one. A story for another day, or perhaps for never. But as I handwrote*** each of those covering letters on the path to that point, I could not possibly have known which one would prove to be the one.

In the days leading up to my birthday, I went on a bit of a James Cagney binge. I’d somehow never seen a Cagney film before, but immediately realised the error of my ways as I delved into his work. Among the films I watched was The Roaring Twenties,**** a fantastic overview of life in prohibition-era New York, recalled from the perspective of 1939. Cagney’s performance is extraordinary. It is also fascinating to see Humphrey Bogart in supporting part, but exuding the full gravity and magnetism of his starring roles when he broke through into true film stardom with 1941’s High Sierra.

To the modern viewer, he leaps out of The Roaring Twenties as the Humphrey Bogart we know. But to the 1939 cinemagoer, he might well have been just another supporting actor. In a documentary on my DVD*****, a film critic says of Bogart in The Roaring Twenties:

“He still has not made the break. He’s getting closer and closer. But what’s remarkable in retrospect is how close he is to suddenly breaking through.”

Hindsight being what it is, you have the luxury of knowing when you look back on your life who would turn out to be the Humphrey Bogarts.

Most of what you have been through in the past may well prove to have been insignificant to the overall course of your life. Most of what you will go through in your life from this point forward could prove insignificant. But while (if you are lucky) you will get better with age at discerning things that will prove to be a waste of effort, you will never be able to second guess life’s capacity to surprise. And would you want it any other way?

Would you really want to know now what you are about to become? 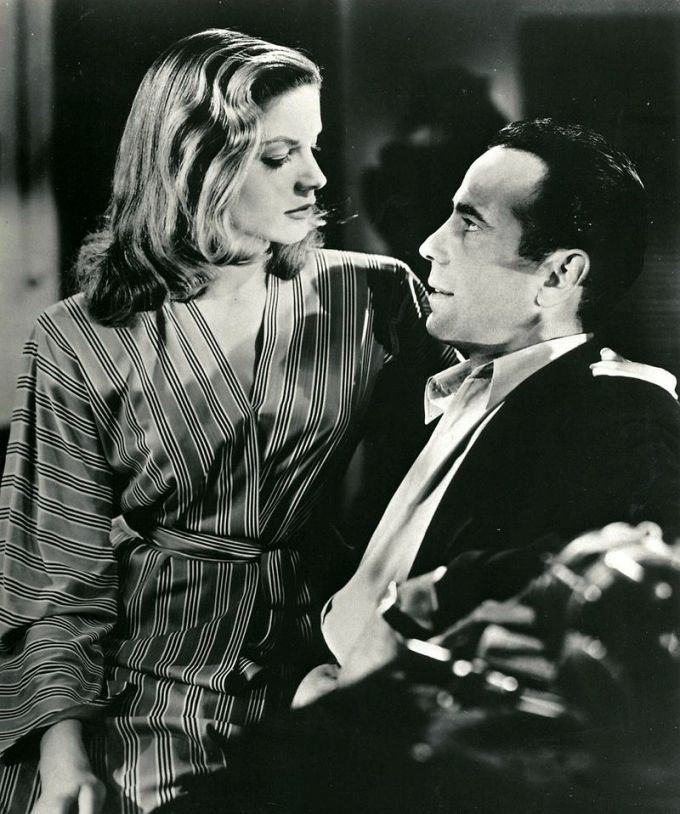 * See my post “Consider, sir…”: Samuel Johnson puts things in perspective for a selection of my favourite words from Doctor Johnson. If you have yet to delight in it, please do consider reading Boswell’s The Life of Samuel Johnson.

** On Some Faraway Beach is a beautiful song from Brian Eno’s Here Come the Warm Jets album.

**** Early on in The Roaring Twenties, Humphrey Bogart speaks the following line in the midst of a WWI battle: “Hey, there’s 10,000 shell holes around here and everybody’s gotta come diving into this one.” I do wonder if the “Of all the gin joints…” line that Bogart spoke in Casablanca just a few years later might have been a conscious echo of these words?

***** Yes, DVD… For some reason the idea of paying for digital film rentals is at present a psychological bridge too far for me.